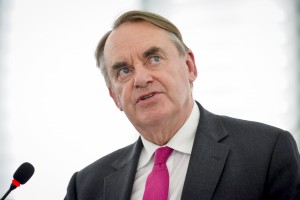 “It is simple; the EU has rules, and they were not made to be broken. Either Turkey objectively meets all of the criteria for visa free travel, or it doesn’t. The European Commission’s assessment is intended to keep the migration deal on the road for another few weeks. However, visa liberalisation should never be a bargaining chip or a reward offered to countries in the hope they will help us with our migration problems. The ECR has a number of serious concerns about the EU-Turkey deal as a whole, and the price that some EU leaders seem willing to pay in order to keep it going.

“Even if Turkey meets the criteria, there will be significant political obstacles. There are legitimate concerns about the political, and security situation that Turkey finds itself in.

“A failure to properly consider the impact of visa liberalisation might buy some time for this deal, but it could lead to new problems in the future. If the EU is to find itself better prepared in the future, then it needs to start planning for the challenges of tomorrow, and not just the problems of today.

“That is why the EU needs to make sure that as soon as possible, the EU and the Schengen area adopt an effective entry and exit system as proposed by the Commission in April. Such a system will help protect the EU’s internal security and external border, increase information sharing across the EU, and address potential problems with over-stayers.

“It will also give confidence to EU citizens and governments that visa liberalisation is a positive thing for the EU economy, and not just another potential problem heading down the road.”