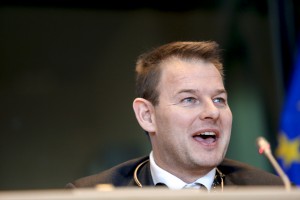 A new approach is needed to remove obstacles to trade that still exist across the EU, according to ECR MEP Dan Dalton.

A new approach is needed to remove obstacles to trade that still exist across the EU, according to ECR MEP Dan Dalton.

The European Parliament today backed Mr Dalton’s report highlighting barriers which, for instance, make it difficult for British hairdressers to work in Germany and for British kit cars to be sold in Belgium. It now will be forwarded to the European Commission for follow up action.

The West Midlands MEP said: “The EU internal market has eliminated tariffs and is more integrated than that of India. Yet many non-tariff barriers still exist which make it hard for British companies to export into the EU.

“We need to begin approaching this issue from the angle of international trade, not as a domestic matter. If these obstacles existed in countries with which we were negotiating trade agreements, we would certainly oppose them.”

Examples of barriers within the EU single market include restricted access to public procurement markets and a lack of mutual recognition of professional qualifications. These mean that, for instance, experienced British hairdressers must undertake a five year training course in Germany before being allowed to work there independently.

Mr Dalton added: “Some restrictions, such as the UK’s tighter fire protection rules on furniture, can be justified on safety or quality grounds, but others are simply protectionist.

“Many companies have told me that it is easier to do business with the US and Canada than in the EU, which indicates barriers to trade are commonplace and stifle trade. They are costly both for the consumer and in terms of jobs.

“I hope this report will help convince EU governments that if we are serious about making the single market work to its full potential, we must strengthen compliance with existing single market rules and tear down these barriers to trade.”

The ECR is delighted that the @EU_Commission has agreed to the Group's call to reappoint a Special Envoy to promote… twitter.com/i/web/status/1…

ECR MEP Johan Van Overtveldt: “Our economies are in crisis. It is up to national governments & the European Union t… twitter.com/i/web/status/1…