The Week Ahead – 27th February to 3rd March 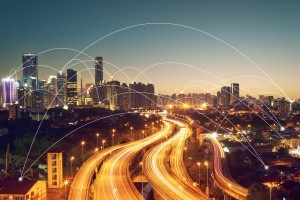 Take a look at the upcoming agenda for the ECR group.

The parliament will vote on proposals steered through by ECR MEP prof. Zdzislaw Krasnodębski which will see EU states share information on energy agreements they reach with non-EU countries, to help prevent these contracts from threatening the EU’s overall energy security. The proposal makes up a key plank of the so-called Energy Union package.

A report on how trade policy can help to promote greater sustainability in wildlife, and help to tackle the illegal wildlife trade, will be voted on by the parliament. It has been drafted by ECR trade spokesman Emma McClarkin.

Press officers to contact: Robert Taylor on +32 498 984760 Robert.Taylor@ep.europa.eu and Cameron Smith on cameron.j.smith@ext.europarl.europa.eu

Chair of the ECR Digital Single Market policy group, Vicky Ford, will host a hearing on Brexit and the future of Europe’s digital economies”.

ECR environment coordinator Julie Girling will host a debriefing on the outcomes of the Paris climate commitments, and to discuss the way forward towards the Marrakesh COP22.

The inquiry committee looking into the emissions scandal will vote on its findings. ECR lead MEP on the committee, Hans-Olaf Henkel, believes the European Commission failed to do its job because EU legislation defined vague derogations from the ban on defeat devices and that way allowed unfair competition among car producers e.g. when an outdated and excessively polluting engine technology could be justified.

The ECR Group welcomes the EU lifeline for small-scale fisheries

What kind of #EU do we want? What's the position of #Romania? We belong in the EU, but we need to work on a union… twitter.com/i/web/status/1…

It should be remembered that the constant transfer of competences from the national level to the #EU level, without… twitter.com/i/web/status/1…

We have a strong feeling that decentralising the #EU is in the common interest of the entire #EUropeanUnion. We see… twitter.com/i/web/status/1…

We believe in a #EUrope of sovereign nations. We must stop the process of #EU centralisation. We believe that str… twitter.com/i/web/status/1…

We want a "True #Europe" that recognises its roots and defend its values; not one of supranational institutions tha… twitter.com/i/web/status/1…

The greater the distance between citizens and authorities, the less trust in those authorities. That’s why we call… twitter.com/i/web/status/1…

The discussion on the #FutureOfEurope is a sterile discussion of unintelligible notions; of projects and promises t… twitter.com/i/web/status/1…

7 years have passed since the illegal annexation of #Crimea. Our non-recognition policy remains unwavering, as said… twitter.com/i/web/status/1…