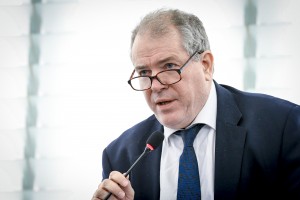 The West – distracted by the serious crisis in Syria – has not been able to give sufficient attention to a terrible massacre in Iraq in recent days, but it must now step in to prevent further bloodshed.

The West – distracted by the serious crisis in Syria – has not been able to give sufficient attention to a terrible massacre in Iraq in recent days, but it must now step in to prevent further bloodshed and it must insist on the release of seven Camp Ashraf hostages who are about to be handed over to the Iranians, Struan Stevenson MEP and Charles Tannock MEP, demanded today.

On the 1st September a massacre was carried out in the Camp Ashraf in Iraq, which houses Iranian refugees. The massacre led to the brutal death of 52 residents, with more injured. Whilst the remaining residents were placed under siege, seven people – six women and one man – were also taken hostage and initially moved to Baghdad where they went on hunger strike. Reports have been received today that the hostages have now been moved to the Iranian border in preparation for their handover to the Tehran regime, where – as members of the PMOI – they will face almost certain torture and execution.

The Chairman of the European Parliament’s Iraq delegation, Struan Stevenson MEP, said: “The atrocity committed by Iraqi forces is an affront to the West and the response from EU, US and UN leaders has been far from robust. Our silence is allowing Iraq to get away with liquidating a refugee camp that we have a duty to protect. We must also demand a full and independent UN investigation into the massacre with those responsible held accountable for crimes against humanity.

“It is quite clear that if the remaining hostages are handed over to Iran, they face almost certain torture and execution.

“The West must stop standing by and start shouting at Baghdad. Only UN blue helmets at the entrance to Camp Ashraf and Camp Liberty will protect the remaining refugees. And only a concerted and loud effort by the EU, US and UN will stop Iraq from handing over refugees to a regime that will almost certainly harm them.

“I call upon EU High Representative Catherine Ashton to demand from the Iraqi government not to hand over refugees to a regime that will surely endanger their lives. The West’s response to the recent atrocity in Ashraf has been muted at best, and our silence allows the Iraqi government to believe it can continue to act with impunity.

“We cannot allow this situation to continue. The credibility of the West in protecting fundamental UN principles is at stake. We must not allow Syria to act as an excuse for our inaction.”

We stand by the people of #Iran. We try to expose every case of cruelty against them, including miniorites, who are… twitter.com/i/web/status/1…

Congratulations to Andrzej Duda for his re-election as the President of the Republic of #Poland 🇵🇱. We wish him a s… twitter.com/i/web/status/1…