Transparency and flexibility are keys to audit reform 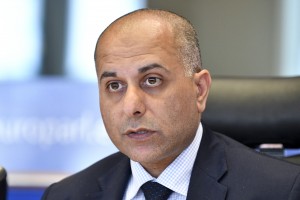 Reform of Europe’s audit rules must encourage much greater transparency and openness as well as better quality of audit, a conference in the European Parliament heard today.

Reform of Europe’s audit rules must encourage much greater transparency and openness as well as better quality of audit, a conference in the European Parliament heard today.

Sajjad Karim, lead MEP in the European Parliament on audit reform, said the role and needs of investors must be central to proposed changes.

The Conservative MEP for North-West England was speaking a conference on the potential impact of reform on investors, which he organised with the co-operation European Federation of Financial Services Users.

In his keynote speech he told delegates: “Discussions on how to reform the audit profession have been ongoing at European level for some time now, and in the Parliament in particular we have been working feverishly on this issue for the past year or so.

“I believe when trying to find an agreement we should not depart from the headline aims…to create a framework that supports improved audit quality, rather than solely increased audit quantity.

“We need to look to deliver a system which ensures independence, rather than one which enables the continuation of cosy relationships.

“Finally, we must encourage a much greater degree of transparency and openness, rather than maintain the present opaqueness when important decisions are taken as part of the audit process.

“The place of the investor in this audit reform is sometimes lost amidst an endless discussion about the number of years before rotation or the respective perils of a particular advisory service, but I believe their role and needs should be one of our key considerations.

“If we want the financial statements of a company to be more than a snapshot in time to which investors can refer, and instead to be a document more fundamental to the governance of the company and the interests of shareholders, creditors and future investors, then the role audit plays for those three stakeholders is paramount.

“Audit therefore needs to work to the desires of an investor, both in terms of shareholders looking for comfort that their company is in safe hands, and the investor who wants assurance that the data informing their decisions is reliable.

“Often when meeting stakeholders and discussing with colleagues…we come up against the problem that a Regulation will not be sympathetic to the various national company law traditions and approaches used across the Union.

“I believe therefore that we must address many of these questions by way of a Directive, which ensures a degree of flexibility nationally as to how to achieve the aims that the Commission and I share. We will not serve European shareholders and investors well by imposing a ‘one size fits all solution’ that is a bad fit for companies across the Member States.”

We stand by the people of #Iran. We try to expose every case of cruelty against them, including miniorites, who are… twitter.com/i/web/status/1…

Congratulations to Andrzej Duda for his re-election as the President of the Republic of #Poland 🇵🇱. We wish him a s… twitter.com/i/web/status/1…